Antelope Island, the largest of ten islands within the Great Salt Lake, was next on our list of places to visit while in Salt Lake City (SLC). A sign at the entrance gate announcing no refunds due to biting gnats almost caused us to make a U-turn and find something else to occupy our time. When the lady at the entrance booth assured us the rain had chased the gnats away, we drove on to the visitor center where another lady gave us a quick history and a few ideas of what to see.

This elk statue greeted us at the visitor center. I wish he had been real. The Davis County Causeway is to the left of the statue. It is the only road on and off the island.

Our first stop was the Fielding Garr Ranch House where we spent an hour or so walking around the ranch buildings and grounds where historic farming equipment was stored.

The house served as the home of not only Fielding Garr, but later the managers that operated the ranch. The house is the oldest Anglo-built house in Utah still on its original foundation. Fielding Garr was the first permanent residence on the island in 1848.

Historic farm equipment was arranged around the barnyard with signs that told what they were and how they were used.

Inside the barn, is a place where the ranchers sheared sheep. The stalls ran from the rear of the barn to the front. I’m not an expert at shearing sheep, but it looked like they were herded down the back side of the row, entered a shearing stall where their wool was removed, then exited the other end of the station. It must have been sweaty dirty work for the men who stood in the stalls shearing sheep after sheep for hours at a time.

Various tools and gear were arranged in the barn as if ready for use. 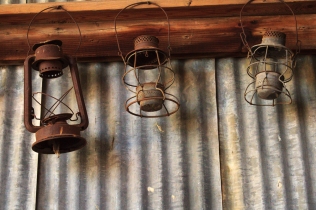 The ranch property presented views of the Wasatch Mountains across Buffalo Bay.

We arrived on the island too late in the day to see all the wildlife that call the island home. A few bison congregated below the road near the marina as we approached the visitor center, but there was nowhere to pull off and snap a photo. The island supports a herd of 550-700, selling off the excess each year.  Other wildlife in the ecosystem includes pronghorn antelope, mule deer, bighorn sheep as well as coyotes, badgers, bobcats, owls, hawks, and falcons.  I did manage to capture a squadron of pelicans flying in formation.

We checked out the campgrounds for future reference. All campgrounds are barren and primitive with no water or electricity and vault toilets. Bridger Bay Campground was the nicest with shade pavilions, picnic tables, concrete pads, and drive through loops.  Trees had been planted near some of the sites, but they weren’t big enough to provide any relief from the scorching sun. The water looked crystal clear and as blue as the sky toward the west.

The lady at the visitor center recommended hiking up Buffalo Ridge because of its beautiful view. We started out with no problem but as we ventured higher up the hill, we had to swat a few gnats away. They weren’t too bad so we continued. Then the gnats increased with each inch in elevation until we flapped our arms and brushed our heads to keep the gnats off. When a family coming down the trail told us the gnats were even worse at the top, we turned around. No view is worth bites by gnats who laugh at any amount of DEET a person might douse on themselves. I still managed to capture a few views from higher elevations out of reach of the gnats.

It was wonderful weather on our final day in SLC for a trip to Park City. No gnats, no wind, and no rain, only sunshine with high temps reaching 70 in Park City and 80 in SLC. The beautiful drive through green mountains populated with pines was reminiscent of many other mountain resorts we have visited. Although Park City seemed a bit more city-like than other resort communities with their newly paved streets, gutters, and restored historic buildings. This is probably due to Park City hosting the Sundance Film Festival each year and the Winter Olympics in 2002. Our favorite part of any town is always the main street and Park City doesn’t disappoint with its restored historic buildings.

We passed one historic building undergoing significant foundation work. Other buildings were new construction in a modern style that looked like stacked rectangular boxes.

The silver mining town flourished from the 1860s until 1950 when it became a virtual ghost town. In an effort to save their town, the remaining miners developed a ski resort, which opened in 1963. A population of 8,000 supports the nearly 4 million tourists that visit each year. Main Street is home to 64 Victorian buildings listed on the National Register of Historic Places.

We stepped into Shirt Off My Back to purchase T-shirts. Southwest Indian Traders had a large selection of magnets and ornaments with Park City engraved on them. And Sock City sold colorful and funny socks for humans of any age. A dish of gelato inside La Niche Gourmet and Gifts was a cool treat after walking the streets.

We must have arrived before the crowds because, by the time our feet grew tired, we had to side step visitors walking toward us or dodge dogs tugging leashes attached to their owners. We took a break at Bridges where they served up a tasty pork sandwich and salad. I must have been hungry because I ate the whole thing even though there was too much bread, wilted lettuce, and tomatoes with a few spots of skin that had taken on the look of crepe paper.

Revived from our lunch we joined the crowds and made our way back to the truck. I thought the green balls hanging outside on one building were interesting. Then I saw another business with red balls, and another with orange balls. Do the balls have a connection? Just decoration? Some significance? Does anyone know? 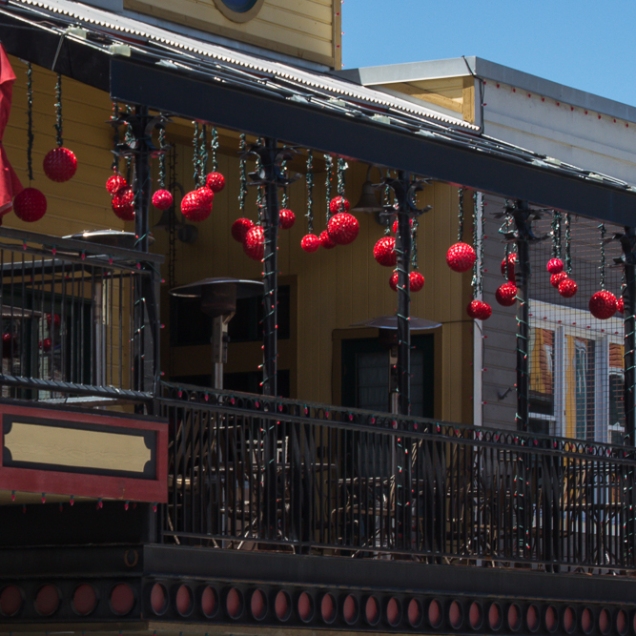 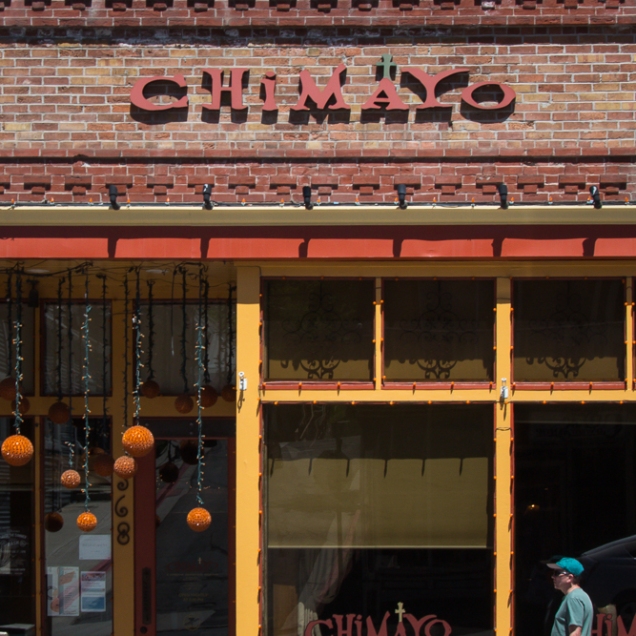 A little park next to the public restrooms is dedicated to the mining industry that built the town. A plaque placed by the American Society of Mechanical Engineers in 2000 tells the story of the Elmco Rocker Shovel Loader, Model 12B patented on October 25, 1938. It was the “first successful device to replace human labor in removing the rubble resulting from blasting in underground hard-rock mines.”

Every new technology has the potential to displace workers. I wonder how many humans lost their jobs when the loader arrived at the mine.

Returning to our RV site, we found ourselves surrounded by new neighbors, again. Each morning there was a mass exodus of motorhomes, travel trailers, and fifth wheels leaving the RV park, and each evening the spots filled up again. We occasionally stay only one night in a spot, too, even though we prefer longer stays. After four nights in Salt Lake City, it was time to make progress toward the Black Hills of South Dakota.

Next stop? Rawlins and Douglas, Wyoming.