Leaving the truck and fifth wheel behind, we climbed aboard the Grand Princess in San Francisco on June 5, 2018, for a 10-day round-trip cruise to Alaska.

I was shocked at my first glimpse of the ship as we crossed the Bay Bridge. The San Francisco skyline impresses me every time it comes into view. But to see the ship tower over the embarcadero was something to behold. From the perspective of the ship’s sun deck, the city looks like a Lego set in comparison.

As soon as we entered our stateroom, I was giddy with excitement and wondered about our forthcoming sail on the high seas. Whoopee! A real vacation, I wanted to scream. I managed to contain myself, not wanting to alarm the neighbors.

Wait a minute. Didn’t we just spend almost three months traveling around the southwest in an RV? Isn’t that like a perpetual vacation? Well, sort of. When we’re on the road, we cook our own food (most of the time), wash up the dishes, launder our clothes, make the bed, clean toilets, dust and vacuum, and patronize grocery stores. All this plus Jon keeps busy with all the maintenance and we (mostly me) plan our route for our next stay, make reservations, and arrange sightseeing activities.

No, we’re not tired of our RV trips. We love traveling and driving the highways and byways of these beautiful United States. But ten whole days of doing none of those tasks listed above was going to be heaven.

We left our bags to unpack later and headed to the Horizon Court on the Lido deck for lunch. The pocket-sized map served as our GPS for getting around the ship. So many decks and keeping track of aft, forward, midship, starboard, and port was going to challenge these two novice sailors.

We found our way back to our cabin after lunch, unpacked our bags, and with an hour or so before our departure time, Jon relaxed on the balcony.

Unable to sit still, I spied on the delivery inspections and the U.S. Coast Guard and captured a ton of city skyline photos from the perspective of the ship.

When the captain announced that the ship would soon be on its way, we joined other passengers on the sun deck. As the ship prepared to sail through the San Francisco Bay, servers offered a specialty drink, for an extra fee, of course. Why not? We’re on vacation.

Cruising the bay was nothing new to us, but from the height of the sun deck, it was magical. Especially the way the buildings shifted positions as we made our way toward the Golden Gate Bridge. Notice how Coit Tower (the fire hose looking building on top of a hill), the Transamerica Pyramid (the pointy building), and the new Salesforce building (the tallest of them all) shift positions in the triptych below. 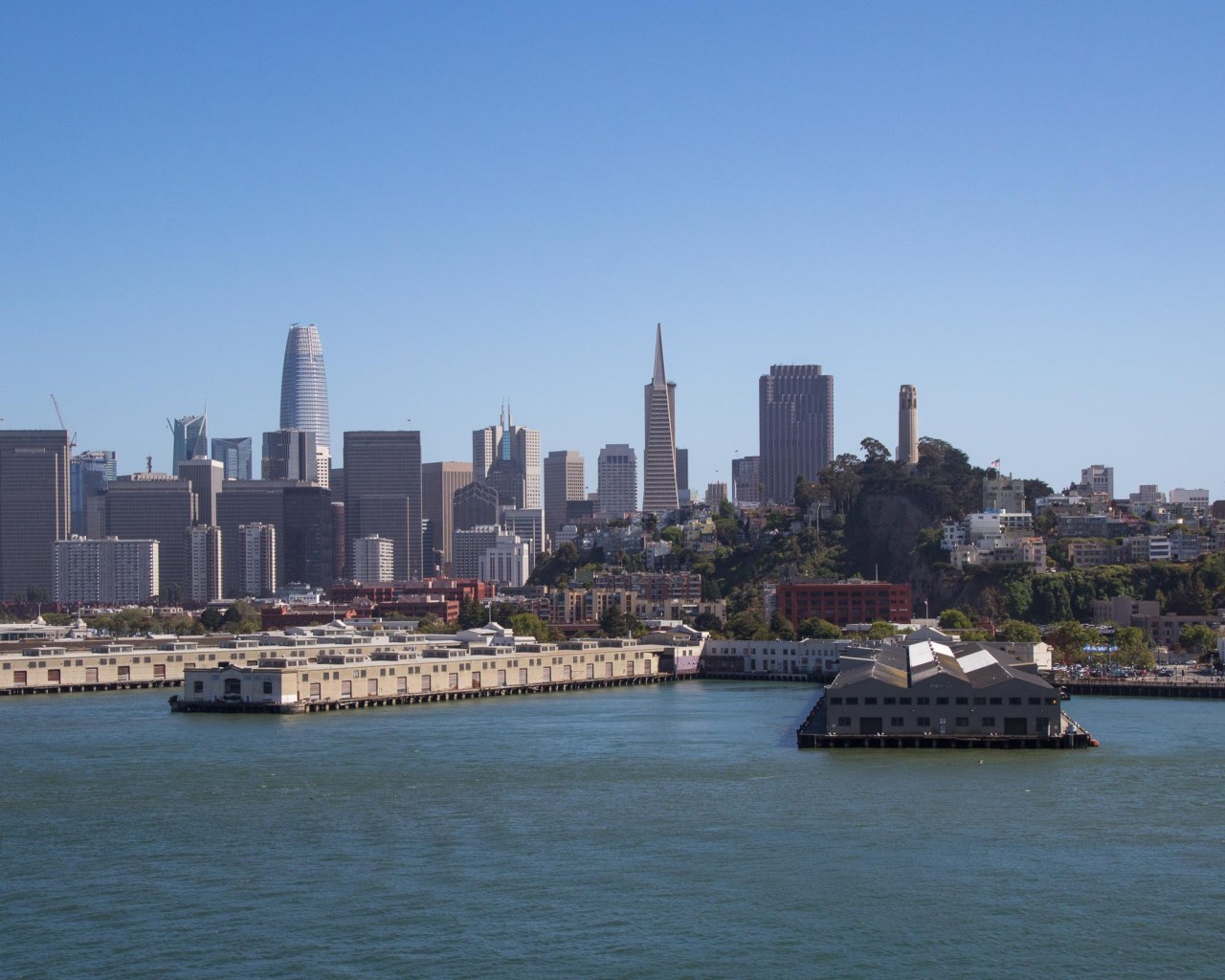 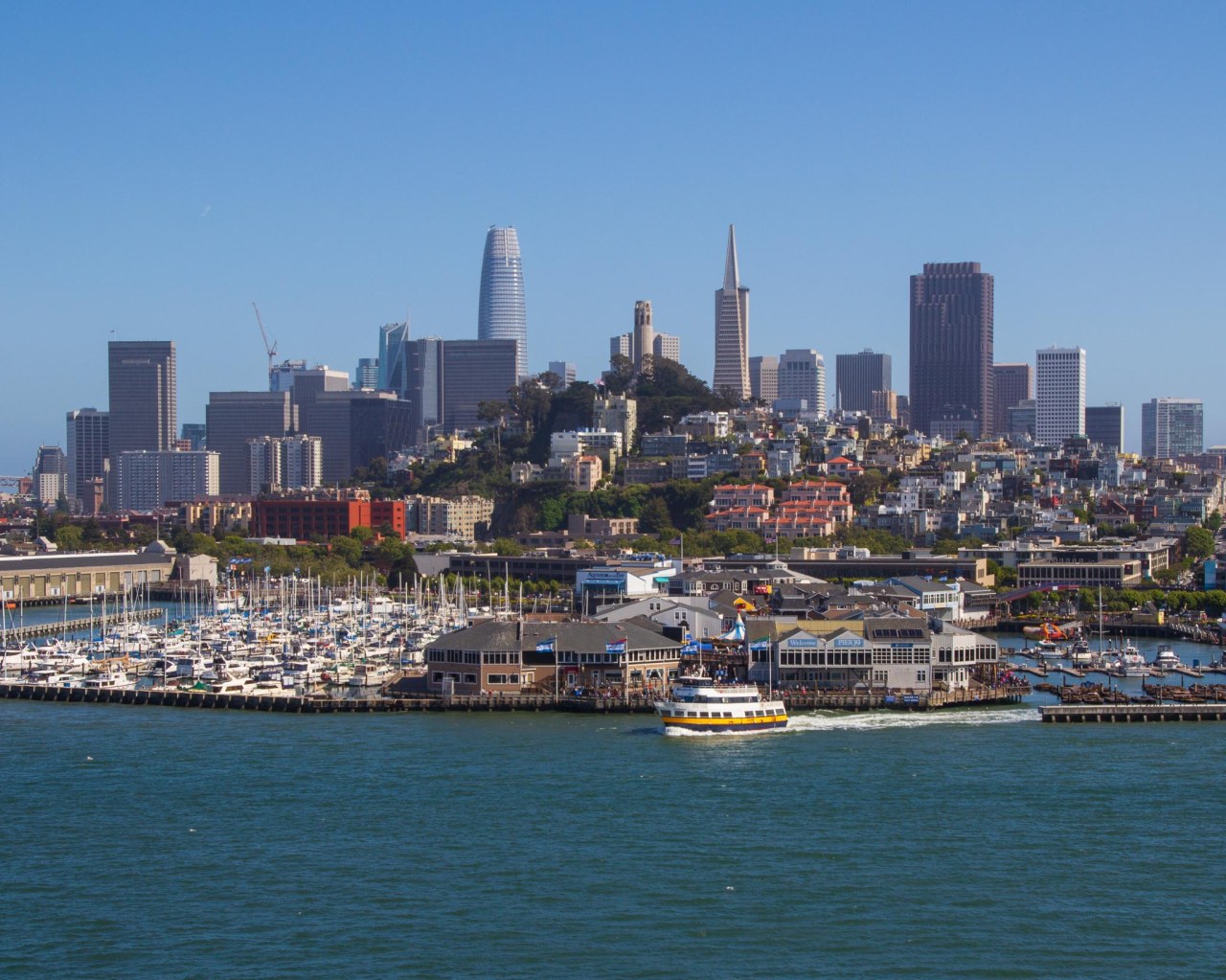 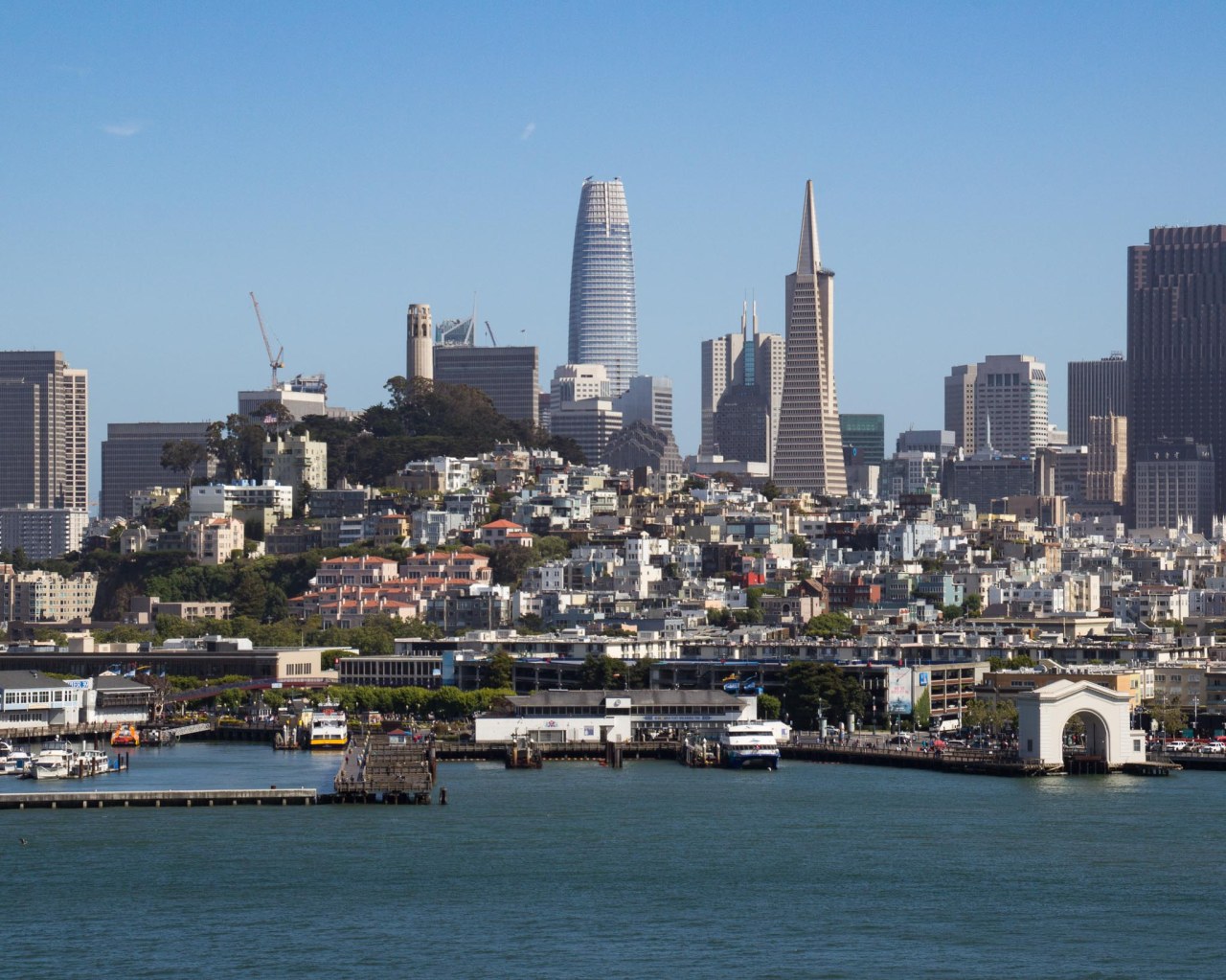 I have driven on the Golden Gate Bridge and admired its beauty from the south, west, and north, but never have I sailed under the rust-colored steel structure. This would probably be my only chance to take a photo from underneath. With continuous shooting on and my eye to the viewfinder, I clicked away while fighting the wind and the movement of the ship.

And so our adventure began as we took one last look at the bridge and skyline and headed for open waters and north to Alaska.

Managing to keep busy for the two days at sea was not an issue on the Grand Princess. Exploring the ship was like a treasure hunt with a lot of climbing up and down stairs multiple times a day. The elevators worked fine, I just prefer not to cram myself in one if I can help it. Then there was the calendar of events that began at 9:00 a.m. and continued into the night for I don’t know how long. I had trouble lasting much past 10:00 p.m. 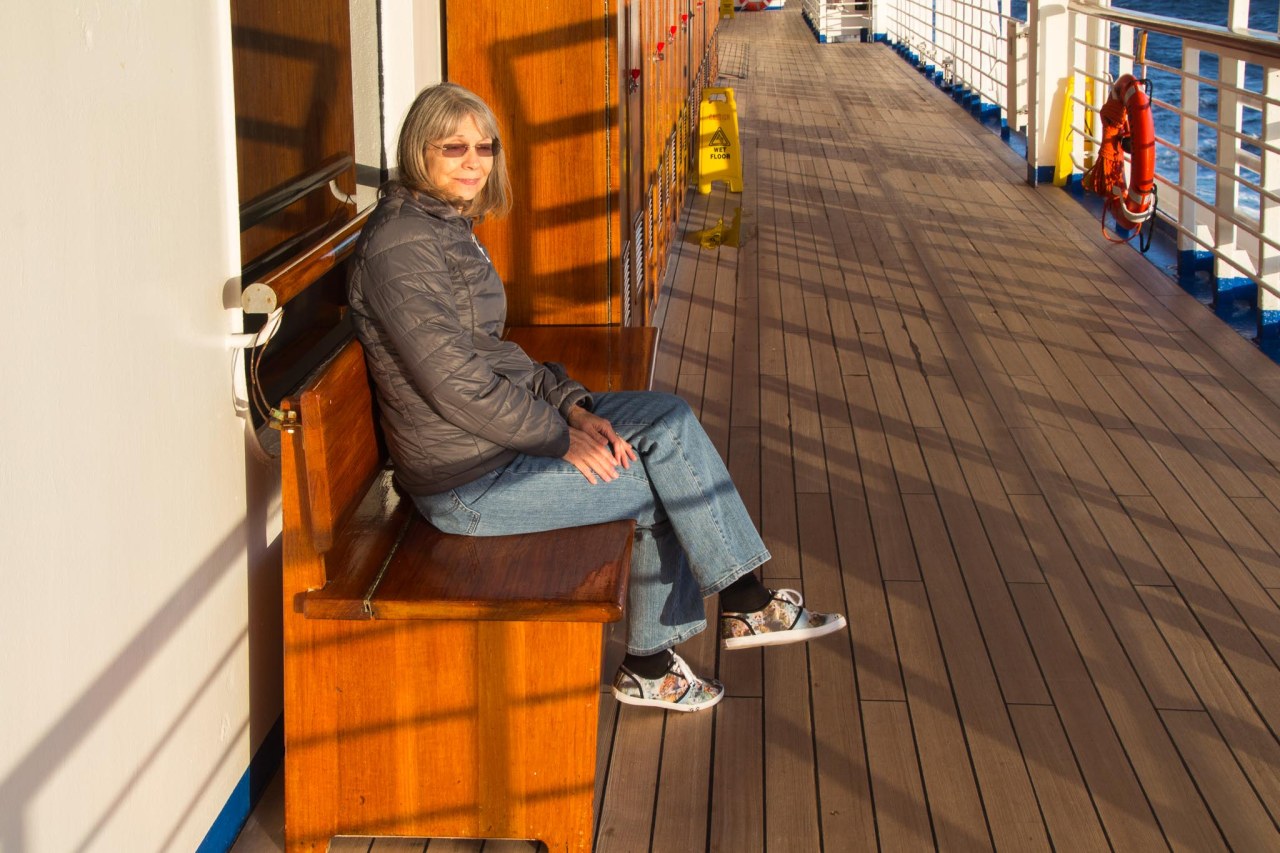 One afternoon, Kelley White demonstrated totem pole carving. Kelley, a member of the Tlingit tribe, learned his craft from Nathan Jackson, a master carver and famous Alaskan artist. Kelley amazed us with his storytelling and carving skills. He had the audience in his hands as he told stories about the Tlingit tribe, history, and purpose of totems while he wandered around the log, examining his cuts, thinking how he was going to approach a certain section, and chipping away the wood to create the animals that will adorn the totem. I was in awe at the way he kept talking while straddling the tree and digging bits of wood out with a hatchet pointed in his direction. I was so afraid he was going to slip and hit a knee, or worse, his private parts.

We learned the population of the ship included a number of Bay Area folks. On June 8, the ship broadcasted what turned out to be the last playoff game when the Warriors beat the Cavaliers. Passengers filled the room and hallways with their Warriors T-shirts and hats, and high-five slaps and hoots and hollers rang out at the end of the game. If there were any Cavaliers fans about, they must have kept quiet.

Coming up next is the port of Juneau, our first stop on the cruise.

2 thoughts on “Heading North to Alaska”