Boulder City was our destination on November 9, 2019, with a plan to visit Hoover Dam. It had been twenty years or more since our last visit. With a new freeway and a 25% increase in population since our last visit, we were unable to recognize anything we remembered.

We selected Lake Mead RV Village as our home base. No lake-view sites were available so we squished between the units on either side of us. We planned to spend our time poking around so it wasn’t like we were going to spend a lot of time at our space.

The Hoover Dam website warned of no tours due to maintenance on November 18 and 19 when I checked before leaving Lake Havasu City. Disappointment set in when we headed to the visitor center to learn the maintenance had begun early and there would be no tours for the duration of our stay. We’d have to find other things to do while in the area. 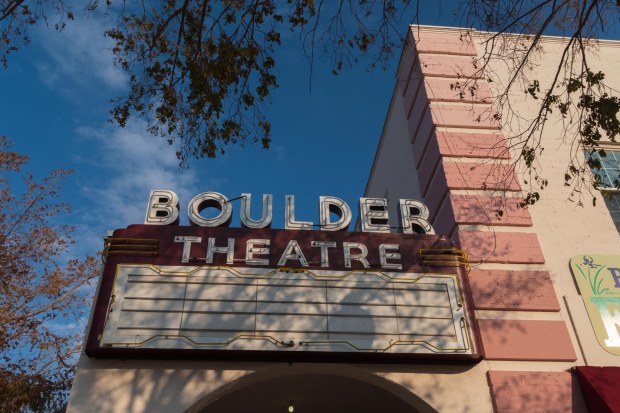 Boulder City boasts a vibrant historic downtown region with a diverse assortment of galleries, antique stores, shops, and restaurants. By historic, we’re talking the 1930s when the town was built to house workers during the construction of Boulder Dam (renamed Hoover Dam in 1947). It wasn’t until January 4, 1960, that Boulder City was incorporated and it remains as one of two locations in Nevada where gambling is not legal. Gamblers need not worry, though. The nearby Hoover Dam Lodge and the Railroad Pass Hotel and Casino gladly accept deposits of hard-earned paychecks.

Boulder City residents are serious about their art. A collection of 67 statues and murals grace the sidewalks and buildings of downtown. At the BoulderCity.com website, download a walking guide for a tour of all the statue and mural locations, or download their app, which contains walking, driving, history, adventure, and retail tours. The two statues below are a good representation.

Someone somewhere needs Jake & Elwood Blues to grace their den.

We’ve seen a number of gas station conversions before, but Two Wheels Garage Grill wins the award as the best. Seating is available inside and out with a mister that cools the air on hot days.

We selected Evan’s Old Town Grille for our night out and were not disappointed. I chose the salmon and was glad I did. It’s not often that salmon is cooked to perfection, but the salmon at Evan’s was the best I’ve eaten in a long time.

The Historic Railroad Trail kept us busy for a few hours as we walked the nearly five-mile roundtrip gravel road through the five tunnels, stopping occasionally to marvel at the views of the lake and search for bighorn sheep.

The rocky cliffs triggered my imagination and I soon saw shapes that morphed into faces and animals in much the same way as clouds do when I look up at the sky.

Tunnels are 300 feet by 25 feet, which were large enough to accommodate the large equipment. Seventy-one people operated the systems over the standard-gauge 90-pound rails with nine steam and four gas locomotives.

Restrooms and a picnic table are a welcome sight at the end of the line.

This section of the system was used as a set in the 1977 motion picture “The Gauntlet” starring Clint Eastwood and Sondra Locke. In the movie, assassins in a helicopter chase the Clint Eastwood and Sondra Locke characters who are riding on a motorcycle. Motorcycles aren’t allowed on the trail, however, tour helicopters buzzed overhead as they took off from their landing pad and returned after their flight over the lake.

The mostly level trail is accessible for small children, strollers and wheelchairs with benches along the way to rest. Dogs are also allowed on leashes.

After our hike, we drove to the Lakeview Overlook for another perspective of the trail, the lake, and a view of the city.

I guess Hoover Dam and Boulder City is a place we will definitely arrange to come back to. Taking a tour of the dam is still on our list of things to do.

We headed home after leaving Boulder City, stopping at the Orange Grove RV Park in Bakersfield once again where we enjoyed another magnificent sunset.

This post wraps up our Fall 2019 Tour. In the next one, we will share a local favorite, the Blackhawk Museum in Danville, California.

View all posts by LTodd